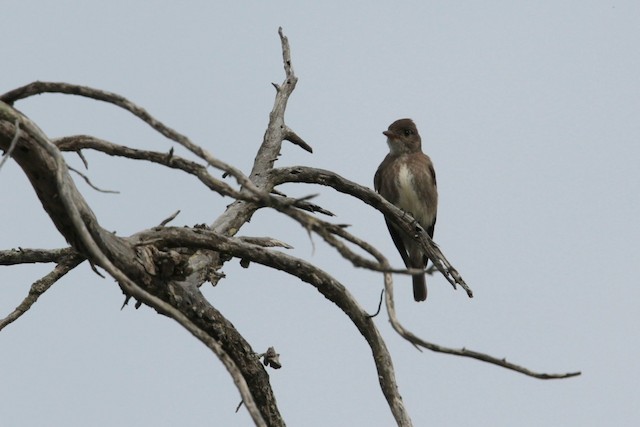 Found on tree snag at corner of Devereux and Slough Roads at 2:10 PM. Spotted by Aaron Maizlish, Jared Dawson, Kathleen Boehm-Dawson. The bird was flycatching actively. We observed it for about seven minutes, it moved perches several times. It responded to Jared's playback, flying down and toward him. Eventually flew out of sight into the willows to the East. We were unable to refind him. The flickr photos are geo-referenced to the exact tree where found. Though unmistakable as an OS Flycatcher (look at the sharp vest) we wanted to rule out Greater Pewee. Has two toned bill, which does not show well in photo -but more are available.