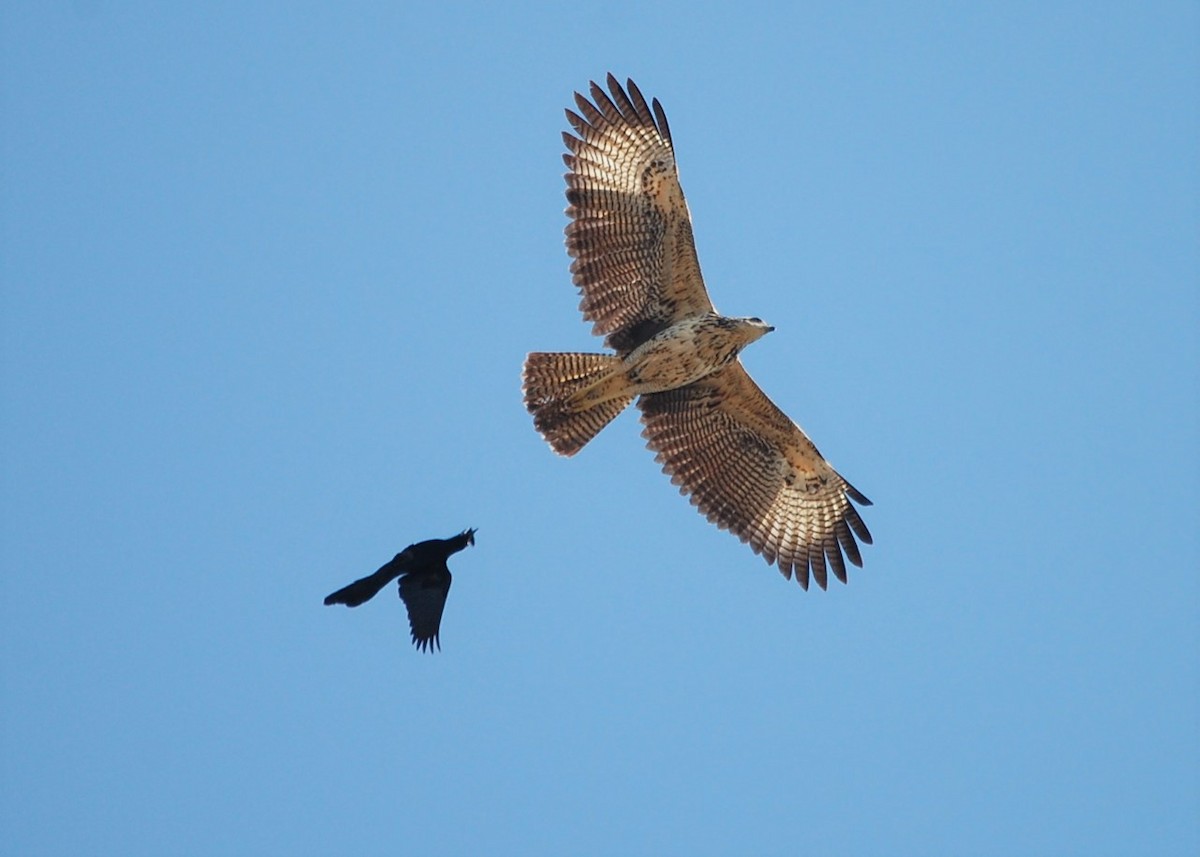 First sighting around 10:15-20am or so. Was alerted to this very large immature hawk by a mob of grackles that were after it. Bird soared and circled over the lots and continued north with grackles following it. Birder friend, Alex Lamoreaux showed up soon after and after relaying the sighting and jumping in the van to chase, we found the bird soaring over the Louie's Backyard area with the grackle mob in tow. Hawk then returned south and took refuge in the Sheepshead north lot. A bit later bird lifted off and circled the area for a bit and headed north out of sight. First suspicion was immature Common Black Hawk, but following better views, photos, and discussion by other birders present, we reached the conclusion that the ID is Great Black Hawk because of huge size, finely barred tail lacking thick black terminal bands, long legs that it dangled while soaring. White crescents were obvious nearing wing apex and white upper tail coverts were seen and photographed, differentiating it from Common Black Hawk. Coastal habitat and range fits better with Great Black Hawk than Common.