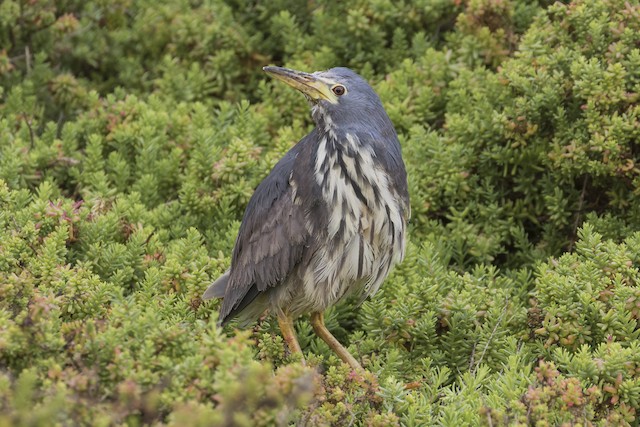 No sign for the first couple hours before the rain. After the rain we headed back out starting downstream of the lower dam. Here we quickly found the bittern running around the tamarisks before disappearing into cover. We waited a few minutes but there was no sign when it suddenly flew out of cover and towards the upper dam. We initially thought it was our presence that spooked it but it became clear that it was more likely the Barbary Falcon going over! I then relocated to the upper dam whilst Dad checked around the tamerisk above the dam. After about five minutes of waiting the bittern appeared and began hunting along the stream edge where it gave crunching views for almost the entire next hour! At one point, whilst hunting in the middle of the stream it flew back into the tamarisk before returning into the open to hunt along the edge of the stream. During this period it was seen to catch two small fish, and strike at and apparently swallow small invertebrates in the water, on the waterside vegetation or on floating weeds. Difficult to see what these items were as it also took in and tried to spit out copious amounts of vegatation. Also of interest was the partial webbing between the outer and central toes, but not between the inner and central toes. Why? We left the bird still in view at 1500 when we had to make our way to the airport. Absolutely fantastic!