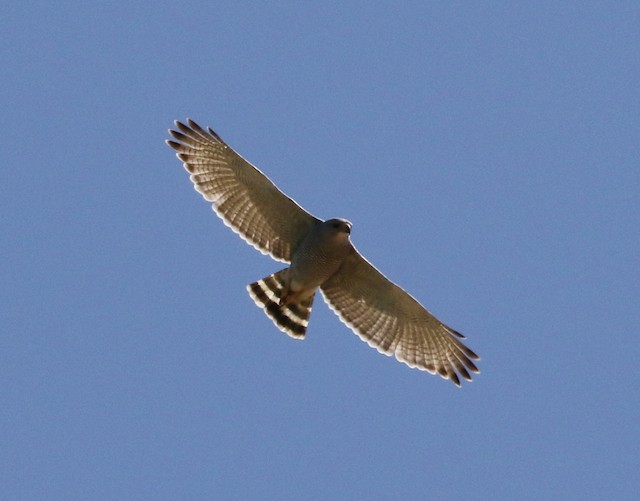 We initially had distant scope views as it soared over the southernmost tract of forest for about a minute. Later it flushed from the south edge of the same forest tract and flew and perched for about 5 minutes at the north end of Mayflower Park. It then circled up high, and glided back north past (north of) the southernmost tract where we lost sight of it. We re-found it as it was crossing the river from AZ back into CA due east of the parking lot, but we again lost it behind the trees. We glimpsed it one last time flying north from the southernmost forest tract toward the parking lot. This was a small-ish Buteo, with a distinctly black and white banded tail, and plain gray upper parts. The head and breast were solid gray, with the belly finely barred with gray and white. The under wings appeared mostly white/pale without a black trailing edge, but with darker tips to the outer primaries.