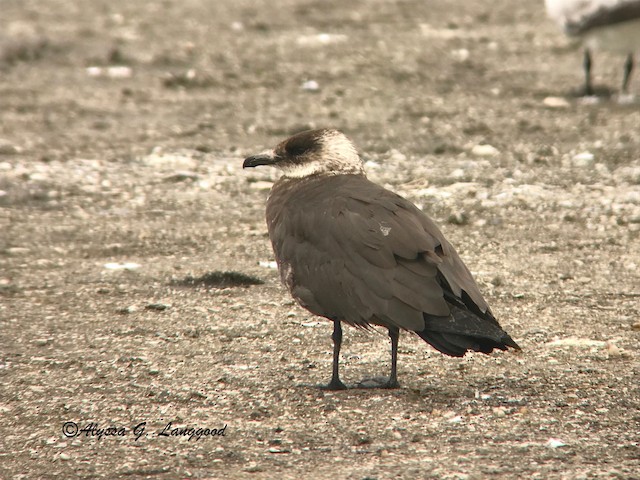 **Rare in St. John's County; especially to view stationary on land. Jaeger was injured (most likely partially broken wing) and actively eating fish on beach. While observing bird, reviewed field guide apps to confirm ID. Observed bird in several positions including standing and flapping wings which revealed white wing flash, swimming in water, and resting in sand. Markings include dark crown, white with streaking in back area of head, which may indicate a juvenile. Very dark eye, dark brown body, pale whitish underparts with some barring, very dark bill, no pink at base. Tail points are split, but are much shorter than a Long-tailed Jaeger, and not twisted together like a Pomarine Jaeger. Documented with videos and photos.