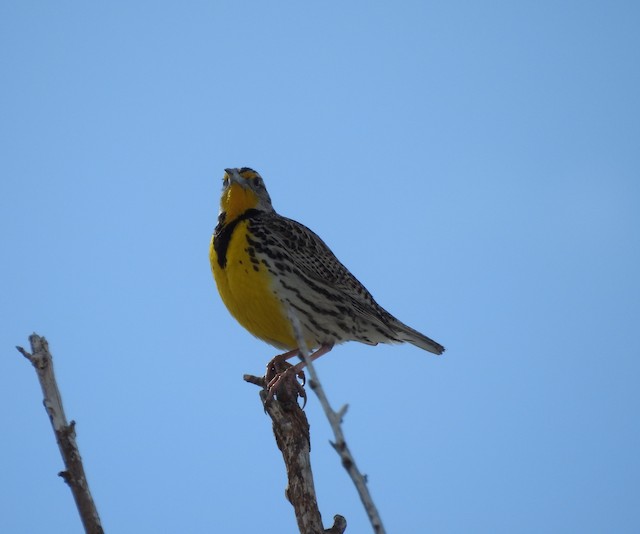 At least 1 singing, possibly 2. 1 sang from a low Juniperus scopulorum ca 300 m N of the stream in reach 3 (past the property fence), around 1010, rendering enough songs that I was able to note the eventual variety of the songs. At 1018, presumably the same individual was again singing from the same vicinity. For about a minute at 1029, a WEME perched in the dead alder along the stream at the diversion and made "chup" calls, speeding-up trills, and several renditions of complex warbled song (flight song?). Video. Was not sure if this was the same individual previously noted. At 1115, I heard 1 singing from upstream of the area between the rocky draw and raised hill, while another flew over the stream heading S, indicating at least 2 birds total. I was not able to confirm that the bird singing N of reach 3 was a different individual; it was not apparent on the return. Later, I heard a WEME singing for a while from the field NW of the turnaround in an area ca 75% bare of snow.