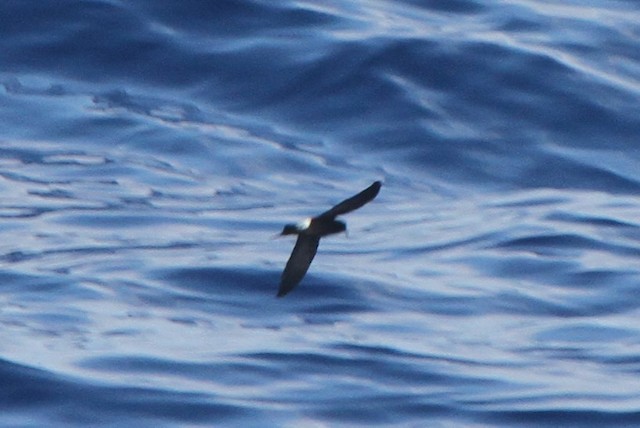 At the time, this was identified as Wilson's Storm Petrel but there was some controversy as some did not believe it was (based on flight pattern). I believe the photos below are most consistent with Band-rumped Storm Petrel. Several photos clearly demonstrate that the feet do not extend beyond the tail, especially on the one lateral photograph below. Also, the shape of the wings and the deep wingbeats on the photos are consistent with Band-rumped