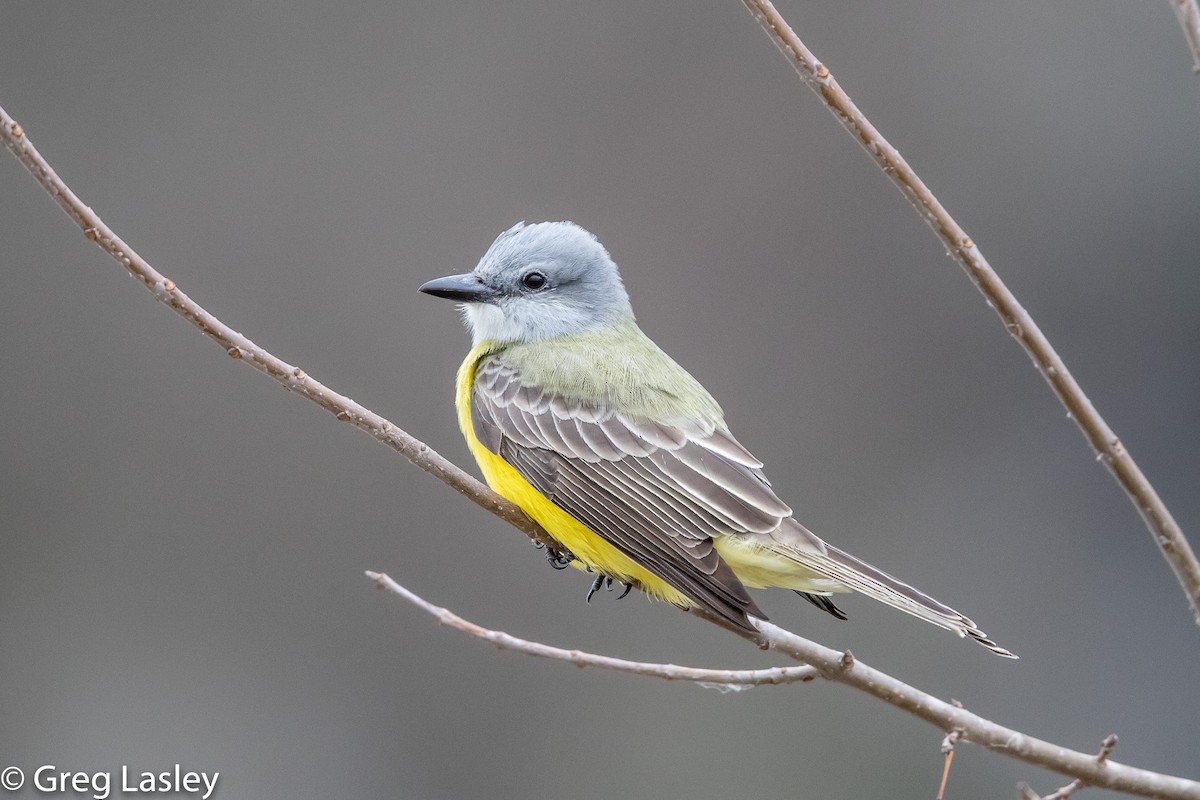 Greg Lasley Media from this contributor

Couch's Kingbird and Tropical Kingbird are very difficult to separate without vocalizations. Despite many decades of experience with both species in Texas and Mexico, I rarely make an ID to species without vocalizations. Couch's has always been a resident bird in the Lower Rio Grande Valley of Texas. In the 1980s, Tropicals started showing up in that area as well (moving north from Mexico), so both occur in south Texas these days. Some number of Couch's tend to wander north in winter and for the past 20 or so years this species has been an irregular winter visitor to the Austin area (and other areas of Texas), and sometimes can found semi regularly. As far as I am aware, Tropical has never shown up in central Texas, but it would certainly be possible. About 12:45 PM today I stopped by Lockhart Municipal Park in Lockhart, Caldwell Co., Texas. There is a small pond of perhaps 2-3 acres in the park full of noisy, begging domestic ducks and geese. As I drove by the pond, a kingbird flew past me and landed in some trees on a tiny (30 X 15 foot) island in the pond. I then saw that there were two Couch's/Tropical Kingbirds flycatching actively. I stood nearby and watched the birds, but neither was calling. I thought it was worth trying to get one to vocalize, so I played a recording of Couch's Kingbird from my phone. Almost instantly, both kingbirds flew from the island and hovered over my head calling loudly! One landed in a tree right over my head and called for a full minute....clearly Couch's Kingbirds and they scolded me thoroughly for a number of minutes. I did not play any more calls since I had established their specific ID, and spent the next 20 or so minutes trying to photograph the birds. Posted here will be many views of the birds, including them hovering over my head and vocalizing, perched directly over my head vocalizing and perched in other trees. The rest of the time I was there the birds called regularly.