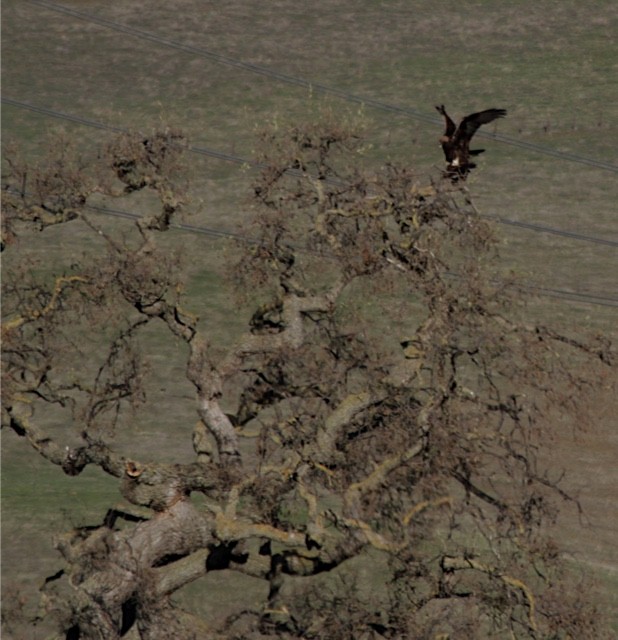 Copulation atop an oak tree.

I spent most of my time watching these two eagles. The male is the individual that I call, iolair. Even before I saw him, I could hear him repeatedly calling. The two birds interacted a good bit. She was actually on a nest in the power tower. Note that this has been the site where ravens have nested for many years. I saw the female carrying nesting material and landing on the tower several times. Iolair landed on the upper platform of the tower once while I was watching. I went out to Quien Sabe to check on the bald eagle pair. Still no eggs laid from what I can tell. I returned to the golden eagles. She was sitting on top of the oak tree when he did a couple of courtship maneuvers, folding his wings and swoop-diving. Then, he landed on top of her and I watched them copulating. The whole scene was quite amazing, especially against the beauty of the cumulous clouds-- the Santa Ana Valley in all its glory.