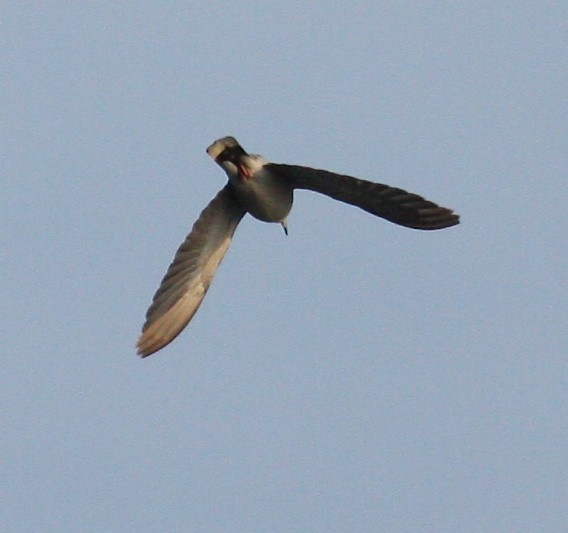 ***mega; flyby first seen and photographed at 6:45 when it was flying N but turned back; made second flyby 7:09 and was photographed again and followed in scope well off to north, then angling west along Horseneck Beach. When first seen I assumed it would be a Eurasian Collared-Dove when flying head on, but when it banked over me I saw the shorter tail and darker coloration (more brown tones through head and chest) and knew it would be a White-winged. When it banked back and turned south it showed the white slashes on the inner part of the wing. On the second flyby, it was overhead and I never saw the wing patches, but they showed up just fine in some of the photos.