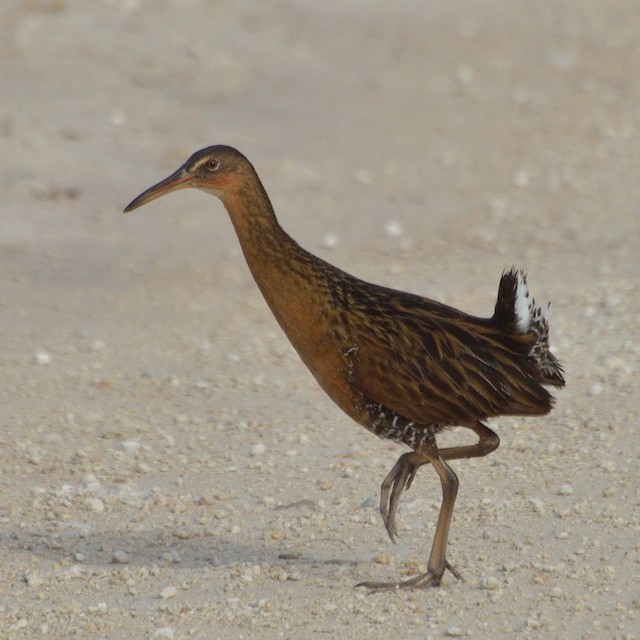 A Red-shouldered hawk caught one of three black chicks seen at the first culvert (with cones) along JSD and ate it. I saw the hawk hounding them in one unsuccessful attack, and then swoop down after hearing them splashing through the water. It has been after these chicks since at least the day before per other witnesses. Parent very agitated and calling. Another clutch of 4 nearly-grown chicks was seen at the next culvert further down the road. The parent ran across road, then came back again when chicks didn't follow. It) was greeted by enthusiastic begging. Another rail also called in the vicinity of the chicks.