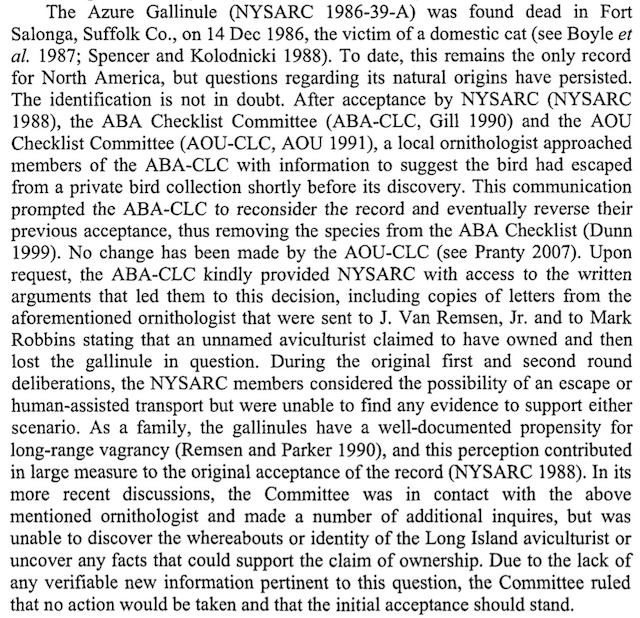 From 'Bull's Birds of New York State' © 1998. Occurrence: One record of an adult male, found dead in a backyard adjacent to a marsh in Ft. Salonga, Suffolk Co. on 14 Dec 1986 (Wright). The bird was identified as this species at the Theodore Roosevelt Sanctuary (Spencer and Kolodnicki) (AB 42:25) and confirmed as such at the AMNH, where the skin is deposited as AMNH 817820. The specimen was noted by Dickerman as being "in good flesh—very little fat" and appeared to have none of the typical marks of a caged bird such as abnormal feather wear or overgrown nails. On the strength of this and other evidence the record was accepted by NYSARC (1988) and the AOU (1991). URL: http://nybirds.org/KB_IssuesArchive/y2008v58n4.pdf