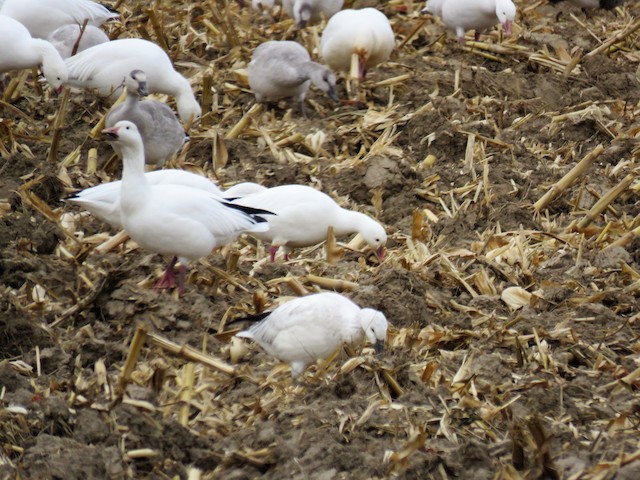 This photo offers a pretty good comparison of the Ross's bill color and size to the Snow Geese also in the photo.

We spotted this bird right at the edge of a very large gathering of SNGO. First picked out by its diminutive size but the small pinkish/red bill, gray/blue nearer the base, and straight edge were also noted. We also observed two other notably small geese that at first appeared to be Ross's with their small bills and round heads but they showed a slight grin patch so they may have been hybrid Snow Goose X Ross's.