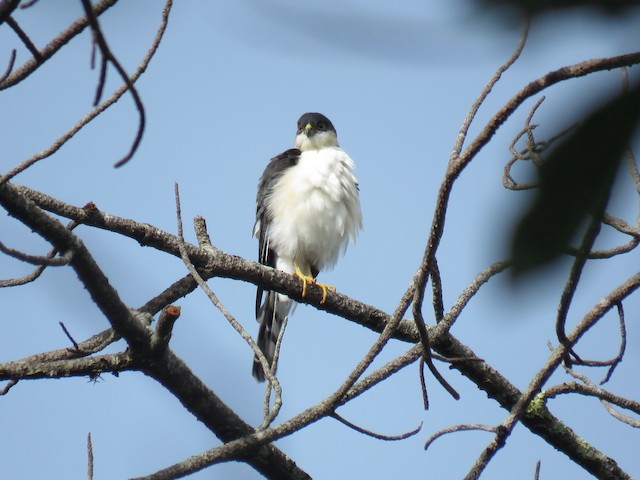 At least two individuals present, possibly three. First found an adult male perched high in a bare pine, and took some photos of it. Eventually it flew off and possibly landed nearby, because a little later I heard calls from the general area in which it disappeared. When I looked up, I saw another individual fly over high, also a male; presumably the perched individual also saw this bird fly over, and that's why it called. About an hour later, I found a subadult male being harassed by a group of seven Steller's Jays. The jays would fly up to it and land in the same tree, all the while screaming. The hawk on several occasions would chase off a jay, either because it was annoyed by the taunting jays or because it thought it would be able to catch one.