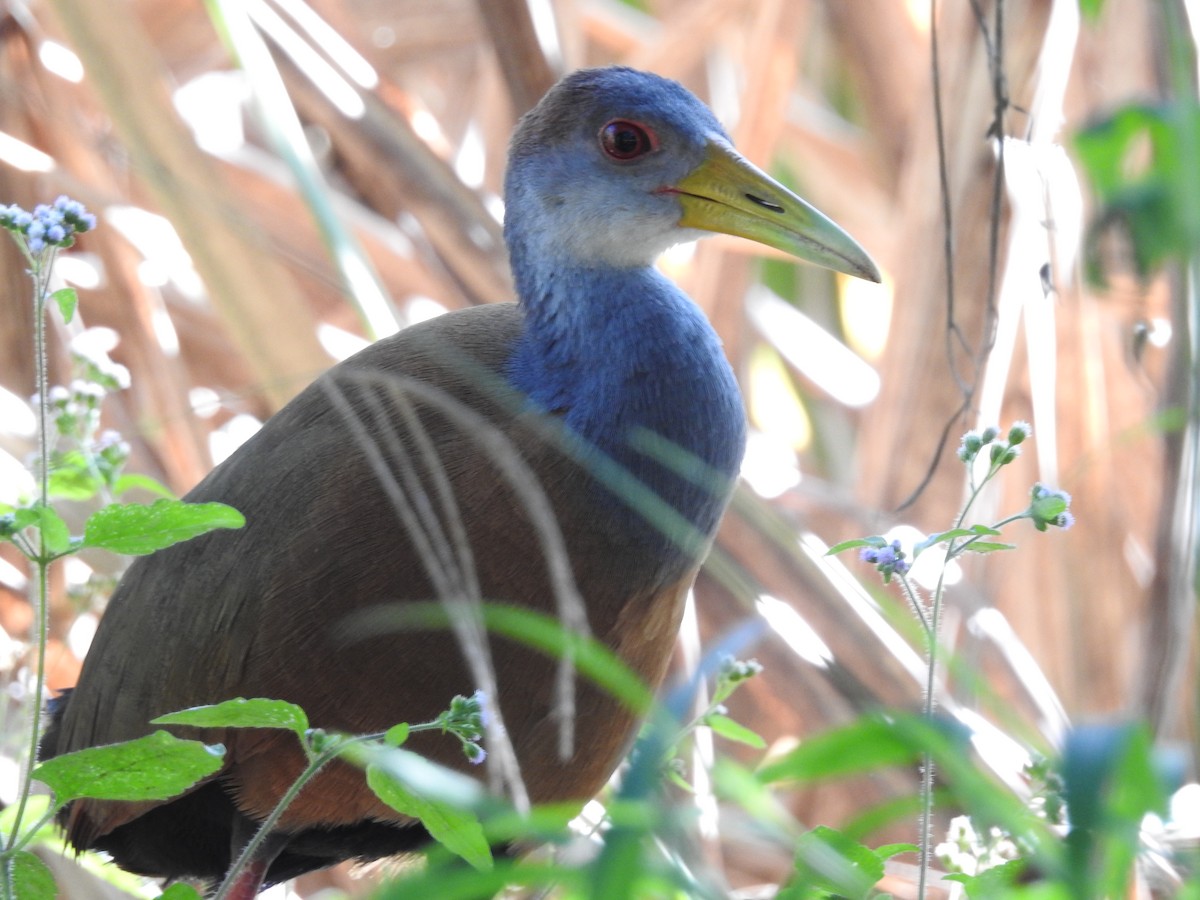 John and Milena Beer Media from this contributor Profile

No russet and little color on the nape for this bird. This bird matches the photo of a Gray-cowled Woodrail in the following e-bird link (http://ebird.org/content/ebird/news/taxonomy-update-for-2016/). From the gray neck back, towards and including the tail, this Gray-cowled Woodrail is mono color light brown. From the gray neck back, towards the tail, the Russet-naped Woodrail we have photographed are light brown initially (mantle) but that changes back to grey from the middle of the back and on the rump + tail. The e bird alert (link above) refers to similar when stating ¨For example, is the buffy-orange upper back shown here a helpful field mark compared to the below individual¨? We can´t see any buffy-orange but the brown back does seem to help differentiate these two very similar Woodrail species. Similar Gray-cowled Woodrail have been photographed at the same CATIE site in the past (2016) and are different to Russet-naped Woodrail we have photographed at nearby Peralta and Aquiares. Both species may overlap at CATIE.