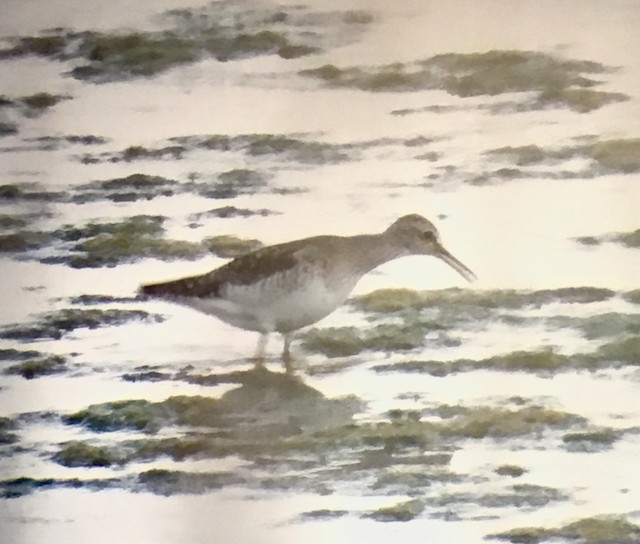 Photos, video, audio. First impression was odd small Tringa. We initially were debating LEYE vs WIPH, and that led us to realize it didn't quite fit either. About the size of a WIPH (next to one for comparision) Looks much like a Lesser Yellowlegs, but with shorter green legs, stronger eyebrow, all white rump and darker capped. It had a slight decurve to the bill. Flew a short distance once to flash the bright rump and called which really made us realize it was something different. When Andrew suggested Wood Sandpiper Tom played back a little recording of calls and the bird responded immediately and aggressively and calls were same tone and style as recording. It did not respond to typical TOO TOO calls of LEYE at all. Bird is not chaseable due to restrictions of the sewage lagoon.