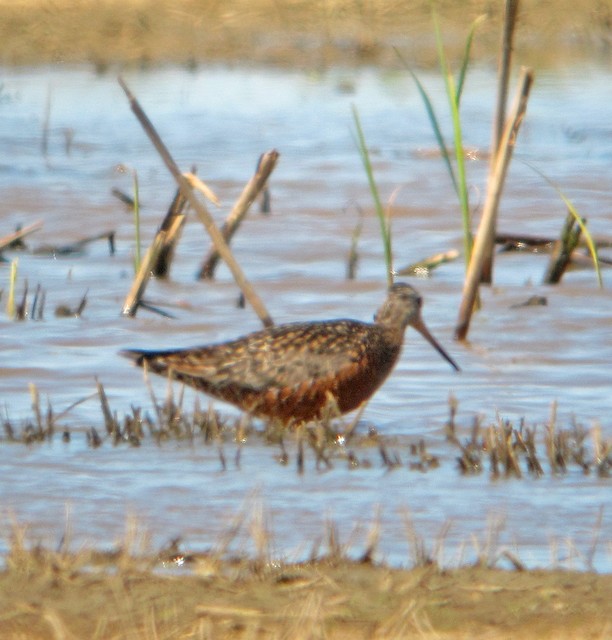 Much larger than nearby SBDO with much longer slightly upturned bill. Bill reddish pink at base with dark tip. Ventral body dark red. Upperparts very dark with pale spotting/edging. In flight showed white at base of tail with black tip. Upperwings showed obvious white stripe. Ventral wings not observed, until later, when I returned to check for the bird again. The underwing coverts were black, bordered on the posterior side by a white stripe. Brooke Morse, Tom and Sue O'Donnell showed up while I was still here and also saw the bird.