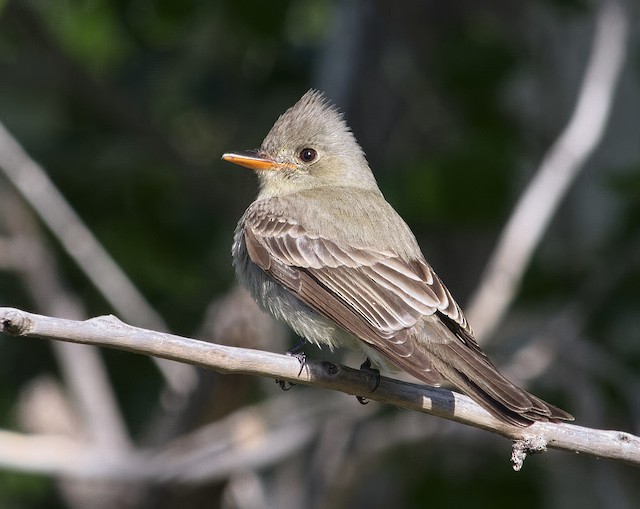 I found this bird at 7:40 and had it until 8:33, after which I was unable to find it. Wind was blowing at a sustained speed of over 30 mph from the SW, and many empids and pewees congregated on the east side of the trap, especially along the side of the NE quadrant. The bird's crest was erect the entire time I viewed it. It called twice with a simple "peee" note when I first found it, but it would not respond to the same note played to it from the Sibley recording. It dwarfed Western Wood-Pewees and chased off all that perched near it. One photo here shows size compared to Bullock's Oriole. The two birds were perched in the same snags, and the oriole was between ten and twelve inches further from me than the flycatcher. The flycatcher was only a tiny bit smaller than the oriole.