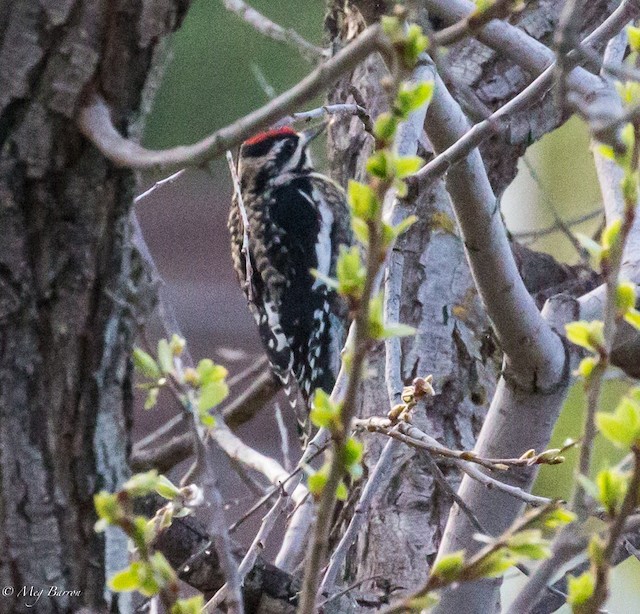 Medium-sized Woodpecker feeding on trunk of leafless tree along banks of the creek beside the bridge. It remained in one spot for quite some time allowing extended views at reasonable distance. Bird showed typical longish bill, black internal-web spotts on tail, pale rump and elongated white mark on both wings, extending along most of the forewing's length. Back was mottled, vaguely forming two blurry patches. What we noticed first was the minimal red on the bird. Red was confined to crown only, with no red on nape and none visible on the sides of breast or throat. Throat was in fact entirely white, and bordered by black. Upper breast (lower throat) had a wider black margin. The absence of red on nape, breast eliminated Red-breasted or Red-naped, leaving only Yellow-bellied female as an identification. There as also no indication of hybridization visible. Some photos acquired, and I'll post as soon as class members forward them to me.