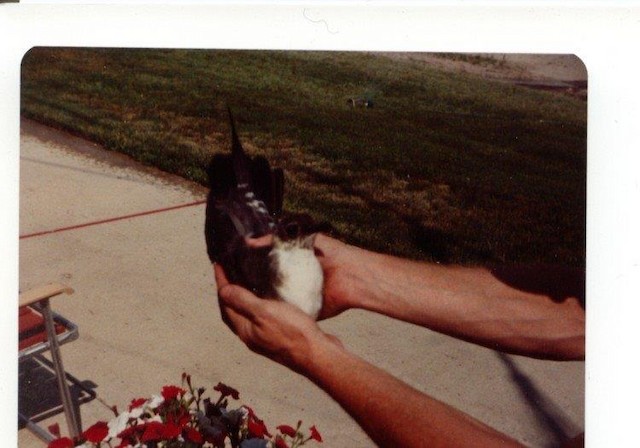 I saw this bird after a local resident reported it earlier that day to Robert Kreba at the Saskatchewan Natural History Museum (Royal Museum). The women who reported it took some images as I captured it by 'chumming it in' with raw hamburger. It was an adult bird in non breeding plumage. The bird was more delicate than a Parasitic Jaeger had a smaller stubby bill, a partial cap and a shorter projecting tail feather and was heavily barred at the vent. This bird was elegant and tern like in flight.