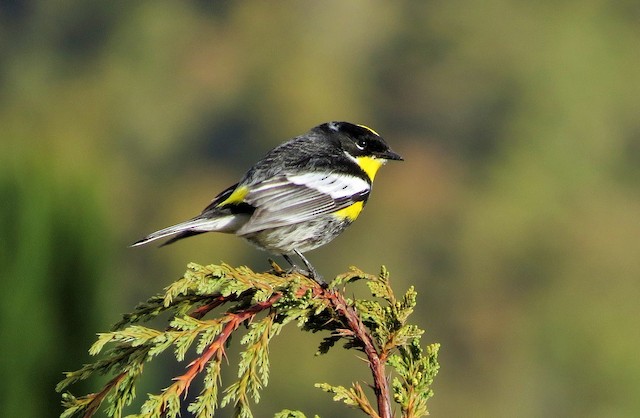 Same individual as in ML42687211. Dorsal-lateral view of an adult male perched atop a juniper shrub.

One male, and one female were found foraging among shrubs and small trees in a mostly open pastureland just in front of the lodge and along the driveway. Very poor (distant) photos of the female were taken, while she fed on flower nectar; she appeared very similar to Audubon's warbler but with more restricted yellow on throat. The male was very cooperative. At close range, his crown patch was somewhat hidden or restricted, but when he was far away, he had it much more open. The crown patch was bright yellow in front and white (extensively) on the hindcrown.