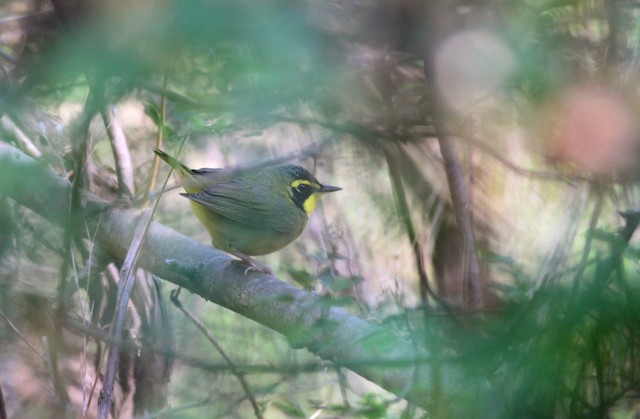 ***Extremely rare in the Basin. My second here and my first visual. I first spotted it as I was walking along in the inner part of the Wilson Trail just before the footbridge and I saw it moving low in a bush right along the trail. I expected it to be a yellowthroat, but as soon as I got a look at the face it was obviously a Kentucky. I got a couple quick pictures, then it flew to a rose tangle where it foraged for a minute. I texted and emailed to get the word out, at which point I lost the bird. Brad Walker refound it soon after, when it flew across the creek and gave a few chip notes and a short song! After that it became harder to find any many people had no luck, but it continued to move around in the area across from the bridge, and chipped and sang at least once more.