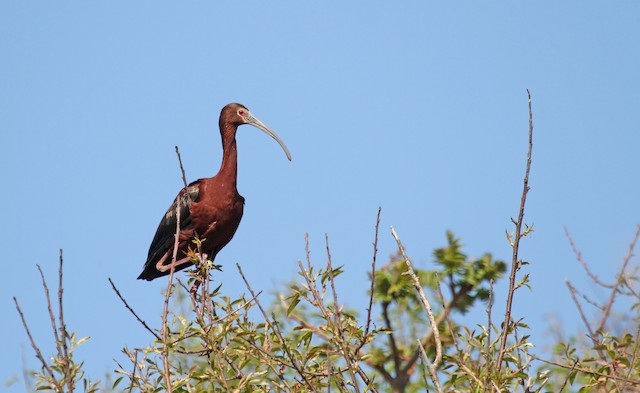 ***Mega; Adult bird picked simultaneously by SP and RS at 9:15 flying around the SE corner of the colony, seen well by all. Eventually it settled down on the edge of the colony in a cherry tree, where it perched for about five minutes before taking off again. It landed several times on either the exact same tree or one quite close to it, so it seemed to have an affinity to a certain spot (a nest perhaps?). About an hour later SP spotted a WFIB flying around the opposite end of the colony. It appeared to have a brighter face pattern than the initial bird we saw well, though our views were very brief. Though we believe there were likely two birds present, we decided to err on the side of caution and count just one.; many photos