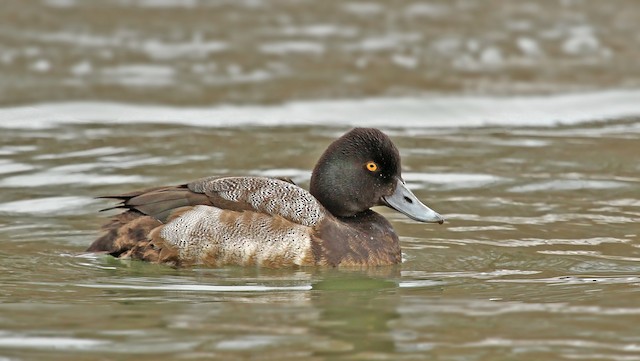 - - *Rare; male; photos. Scaup sp. originally seen sleeping on eastern shore with 2 RNDU. Although the look was distant the bird seemed to have a LESC like shape to the head while sleeping. It flew over to the western edge of the pond when both RNDU it was with stopped sleeping and swam over towards me. At this close range the back of the bird's head was peaked, and the neck was narrow, seemingly confirming my initial assumption that it was a Lesser. Only my second Emerald Necklace Lesser Scaup, and one of only a few February records in eBird for Suffolk County