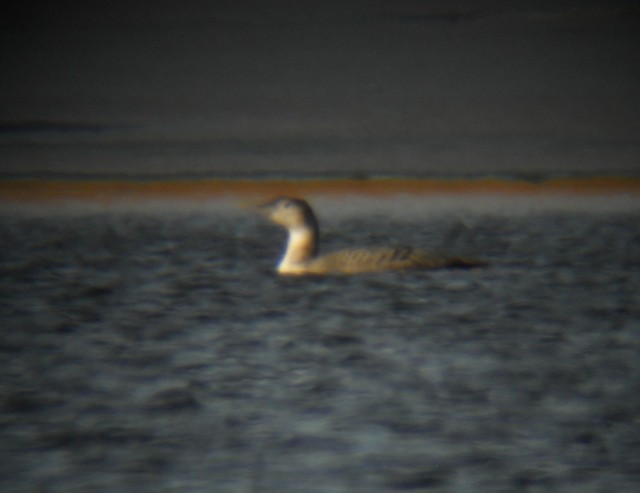 ***Mega. Third South Dakota record (I believe). Previously-reported juvenile. It was in the medium-sized unfrozen area north of the boat ramp. The loon stayed north in this area, and dove regularly, most lasting about 30-60 seconds. Large loon that had a pale double-peaked head with dark auricular patch and pale barring/edging on back (this feature makes it a juvenile bird). The loon had a thick neck with a smudged pattern. Its bill was large, pale yellowish with a straight culmen. It held its bill upright in a fashion similar to a Red-throated Loon. Photographed. lifer.