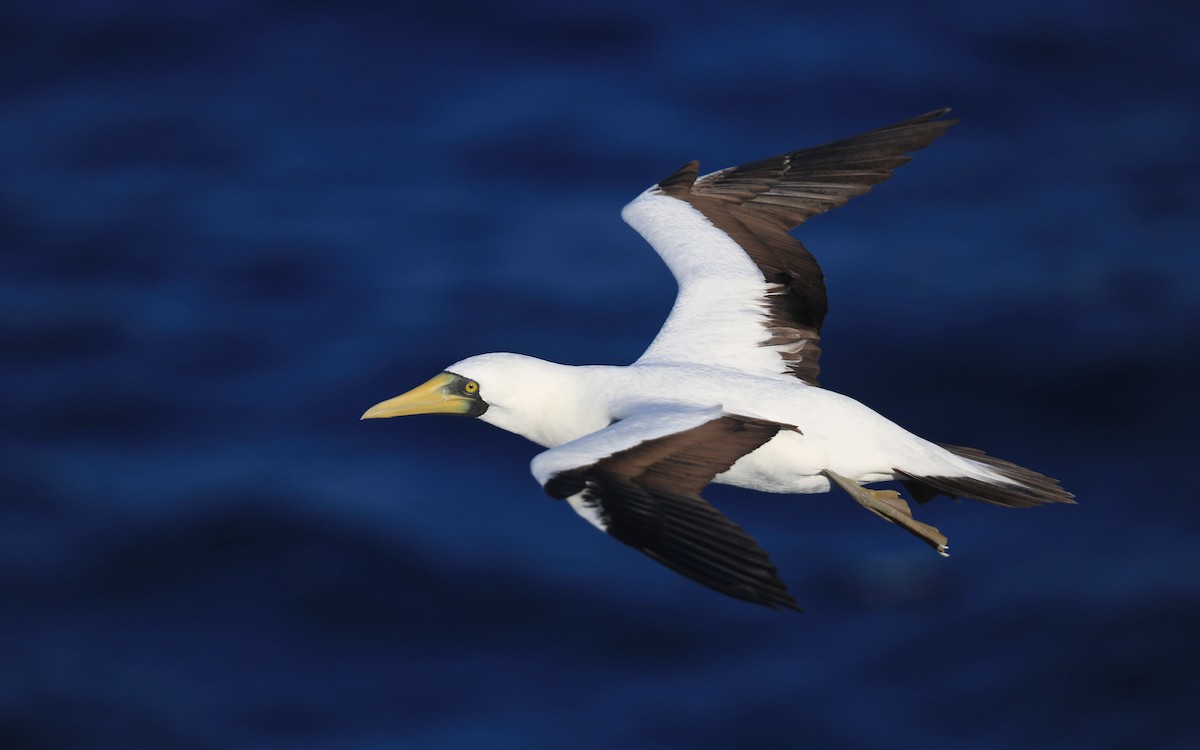 ***Rare; Life bird!!! 2nd record for Turks and Caicos in eBird. Hallett's "Birds of the Bahamas and the Turks & Caicos Islands" says Masked Booby is an "accidental to very rare visitor to the region and is not described". I was lying in bed when I spotted what I first thought was a low-flying airplane through the tiny window. A closer look revealed it was a black-and white sulid with a distinctive black facial mask and corn yellow bill. I grabbed the camera and binoculars and dashed up to Deck 9, where I was able to enjoy the bird for at least half an hour as it circled back and forth along the starboard side of the ship. It put on a real show for anyone looking offshore and a few people came up to me asking about the bird. I took several videos with various dance songs blasting off the ship as background music, including 'Cotton-Eyed Joe'.