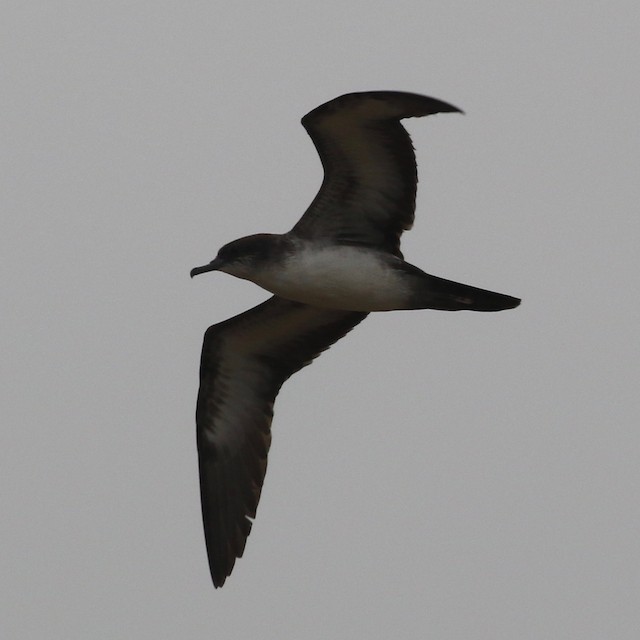 Initially observed this bird flying/gliding in from the south about 500 yards, flying northward at 15:10 MDT. It was one of those scan the sky observations because your in the middle of a storm kind of things. Initial impression was a booby but quickly changed to some sort of shearwater. Did not observe bird with binoculars. Camera was already in hands as I was taking photographs of the storm-petrels immediately in front of me. As the bird approached the pond, it began turning left & right as if interested or investigating, cirled the pond once or twice, then veered off towards the west. I ripped off 67 photos in less than a minute while the bird was over & near the pond. There is no significant bodies of water to the west except Arivaca Lake 18 miles to the southwest. Did not attempt to identify the bird until later, from photos. My initial conclusion was Pink-footed. Sent a photo to others (David Vander Pluym & Lauren Harter) and the immediate response was Wedge-tailed Shearwater. This ID was collaborated by several others (Oscar Johnson & Debie Shearwater) much more familiar with pelagics once the photo was posted to Facebook .