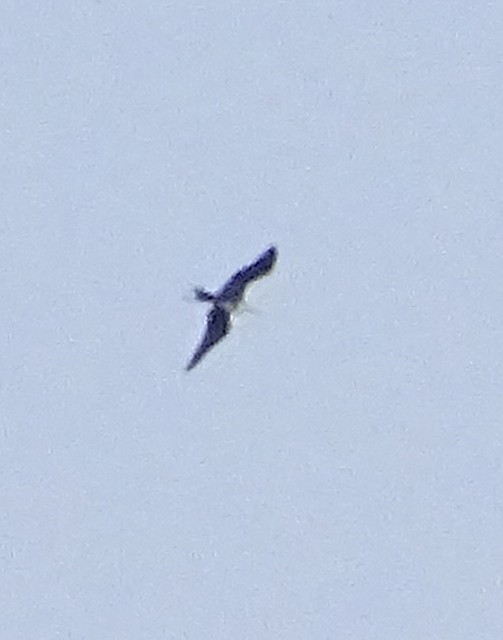 Initially seen by Rick Ziegler earlier in the day. We spotted the bird from Sandy Point. It was across the lake to the south, above the horizon directly above the white cliffs with the caves. I first saw a large, all dark, soaring bird that I could not identify but Ron and I agreed it was not the Frigatebird. When I got back to the scope, a second bird had appeared above the unidentified bird. It was black with an all white head and breast to about its belly. It dwarfed the bird below it which was probably a vulture or eagle. The bill was extremely long, thin and hooked. The wings were unlike any raptor in that they were very narrow, long and sharply angled. The tail was deeply forked. It soared effortlessly and there was no dihedral as in the flight of a vulture and unlike the broad wing with fingers of an eagle.