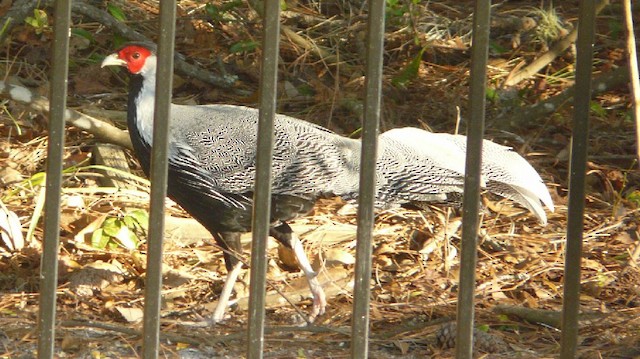 Lifer; first Florida record. The homeowners found the bird and alerted Bev Hansen, who photographed it. Bev told me about it and set up a trip for me. We waited for well over an hour, but the pheasant finally showed up. It was an awesome bird! I got photographs and video. It was an obvious pheasant, with a long, droopy tail. The upperparts were white, completely vermiculated with fine black markings. The underparts were entirely black. The hind half of the head was the same as the upperparts, while the fore half was black. A straight black crest angled backward from the head. Much of the face was unfeathered red skin. The eyes were brown and the rest of the bare parts were gray.