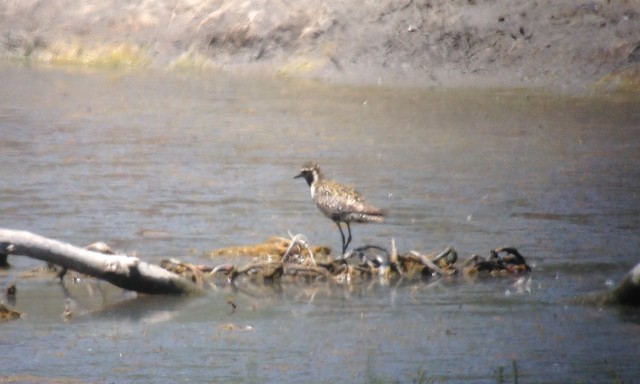 Ad male still in alternate. Relatively short primary projection for a golden-plover, white intermixed along the flank, and mottled white mixed in with black on the undertail covs. Some poor digiscoped photos were obtained. Viewed directly across slough from pulloff at these coords: Latitude: 34.412888
Longitude: -119.875240. Took off calling and flew up the channel toward the ocean at about 1215pm. Still present along n side of channel near mouth of the slough at 1235p.