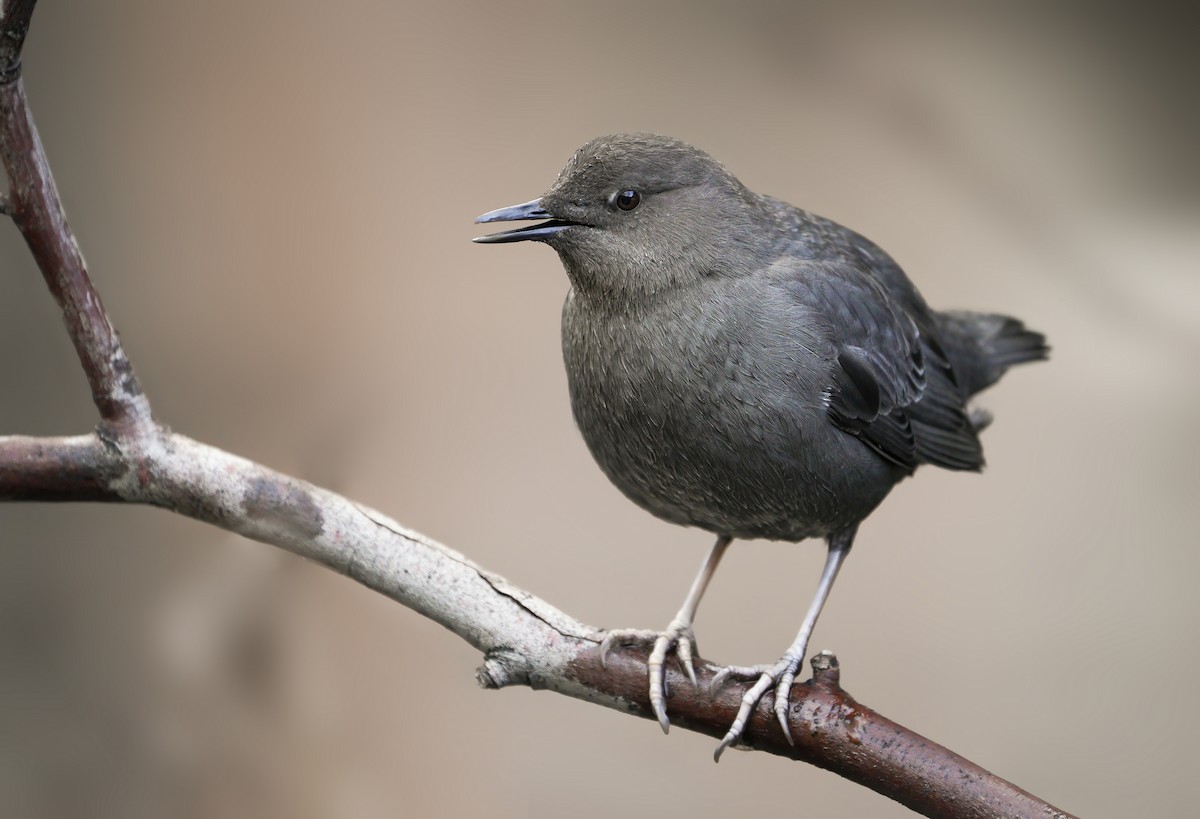 I first stumbled upon these birds about 3/4 of a mile down the creek from the bridge and watched them forage for another 1/4 mile or so over the course of about an hour. At first they seemed a little weary but after 20 minutes or so they seemed to not mind my presence in the slightest, often approaching within the minimum focusing distance of my camera. Behaviorally these birds were far different than any other passerine I have seen. They were observed diving, swimming and wading in the fast flowing water. On two separate occasions I observed one of the birds perching above the water on a rock or branch then diving into the water similarly to a Kingfisher. These birds were indistinctly marked grayish passerines that appeared plump overall with very short tails. The heads appeared slightly more brownish than the rest of the body. The birds also had somewhat indistinct eye-lines that were most prominent behind the eye. One very striking feature that was not easily seen on the birds where the completely white eyelids. When the birds would “dip” they would often close their eyes display this feature. Although even when the eyes were open a small patch of white was often still visible above the eye. The bills were overall black and relatively straight, becoming slightly more tapered towards the tip and were about 2/3 the length of the head. The birds were overall a slate gray or sooty gray color becoming slightly more bluish or almost purplish depending on the light towards the back and the wings. The upper breasts were slightly more brownish than the rest of the body, especially toward the neck. The wings overall seemed very short and pointed and were indistinctly marked, although some the flight feathers were slightly darker than the rest of the body and were edged in white. The tail was very short and stumpy, seeming very reminiscent of something like a Pacific Wren. The tail was also held in a similar very cocked position. The legs were overall very long and very light pinkish overall. The feet seemed very large for a passerine. On several occasions the birds were heard giving their distinct rattling flight call, a fast high pitched trill that usually lasted only a second or so. I was unable to record this due to stream noise.