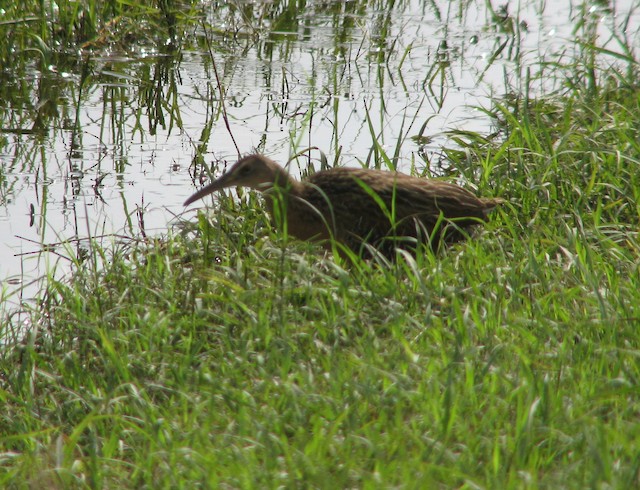 In tall grass alongside flooded ditch along CR 6 about 75 yards from intersection with CR 43. Called and then responded to playback with series of "kek-kek-kek-kek" notes, slightly more metallic and lower than CLRA. Then two series of descending grunts, more hollow and deeper than CLRA. Also produced a soft throaty flutter sound, which I have never heard on any recording. Back and scapular feathers showed very BLACKISH centers with Tawny or gold edges. Wing coverts reddish, belly darker/blacker than CLRA. A second bird, assumed to be the female, called a soft "kack" note twice.