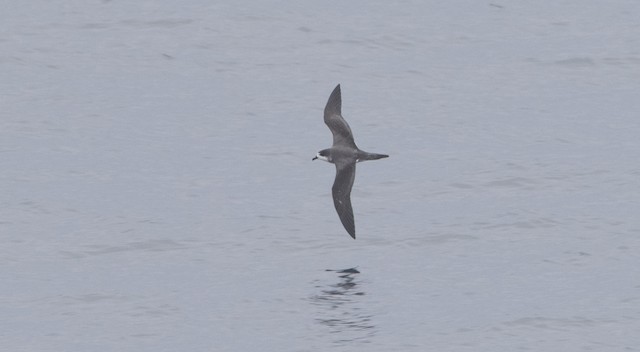 Photos of both. Originally thought we had two birds about 10 min apart, and closer inspection of the photos shows two similar birds, with a few key differences, especially the missing primary covert on the second bird, creating a white patch there that is absent on the first bird. The second bird also has a short, white brow extending into the front of the dark cap that is absent on the first bird. The first bird was picked up to the west at 1:27, and was only seen by a few people. I shot some bad photos of it before it drifted off to the southwest. The second bird came in from the northeast at 1:34, was seen by nearly everyone on board, and made a few closer passes before moving off to the south.