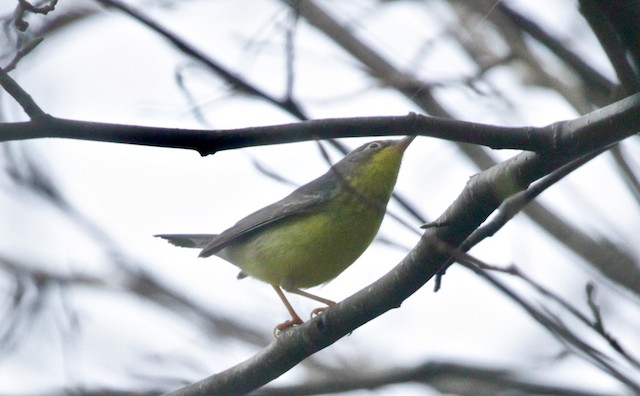 Several diagnostic photos taken. This bird appeared almost immediately overhead. Obvious a warbler by size, general coloration and active feeding behavior. Underparts bright yellow except for long white under tail coverts and vent. It showed a diffuse necklace of dark streaks, not nearly as obvious as they would be on an adult. Upper parts dark olive gray with no streaks wing bars or other markings. Bird showed a conspicuous complete whitish eye ring. Tail was often held cocked upwards in the same manner that a Chestnut-sided Warbler cocks its tail. Photos show that the tail feather are are quite pointed, which along with the rest of the plumage identify this as a hatch-year bird.