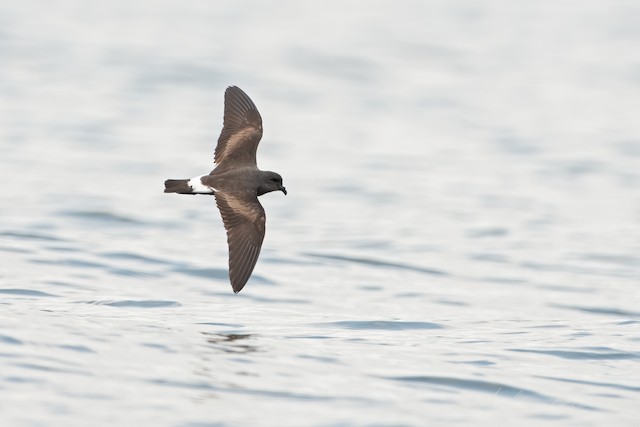 Vagrant blown up from Hurricane Laura. Dark storm-petrel with white rump patch wrapping around tail. Square tail. First seen from shore with help from Alan Troyer (who had it in the scope), and later up close on the water. The POJA was actively hunting it by paddling close and attempting to grab it. Both birds surely fatigued, the Storm-PetreI visibly so. It barely escaped an attack we witnessed up close. I would bet the smaller bird has been made a meal by now. Photos.