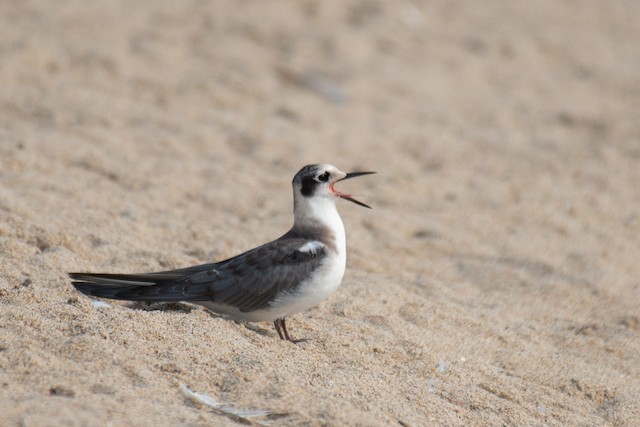 The bird was first observed this morning at 7:40 foraging along Least Terns for insects as well as fish on the Santa Barbara county end of Santa Maria River Estuary for more than an hour. Its foraging range included the northeast section of the estuary - San Luis Obispo County. The images below were taken at the Santa Barbara end of the estuary. Presumably it’s the same bird first reported on Wednesday, August 19, 2020 by Bob Chapman Tern near Arroyo Grande Creek mouth and later at Oso Flaco Lake by Tom Slater. Although the bird was wildly reported yesterday from Oso Flaco Lake it wasn’t reported from there this morning. This juvenile Black Tern had a gray with pale brown wash upperparts and whitish underparts, a dark smudge in front of wings on sides of breast and black skullcap and ear mark. [OFL - https://ebird.org/checklist/S72636275]