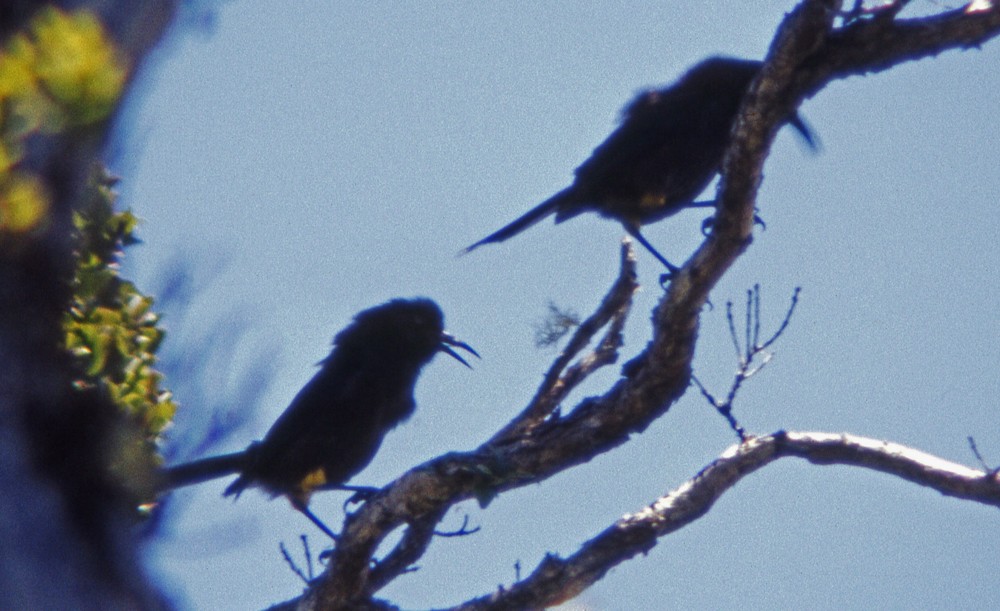 Mike Scott Media from this contributor

There were two birds apparently male and female female similar in size to Melodious laughing thrush but black with white patch on wings moderate sized dark decurved bill and yellow feathering on thighs. Very active birds with tail very often cocked up. They were very vocal.The melodic song was almost magical and captured my total attention. Bird of a lifetime! We bserved one attempt at copulation. We had choppered into the Alakai Swamp and Sincock's Bog with John Sincock to look for O'o and other endangered species . This was one of several O'o sightings during our visit. Fred taped songs and calls of these birds and we will post these soon. Photo by C.Fred Zeillemaker. There is a recording (ML6049) of the songs and calls of this bird by Fred Zeillemaker in the Macauly Library at the Cornell University laboratory of Ornithology.