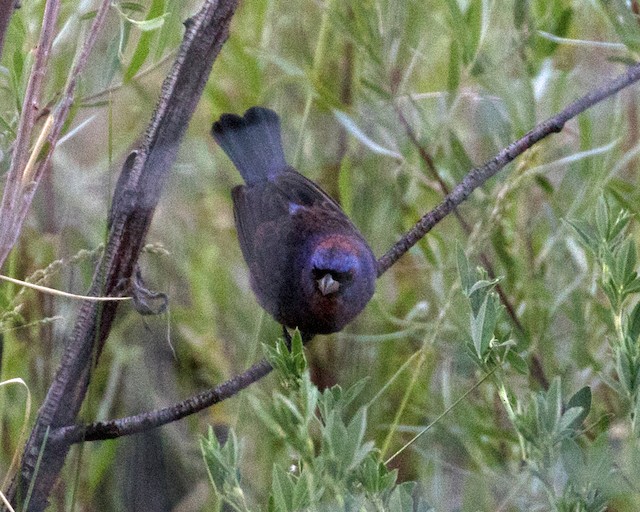 original was underexposed so exposure was increased to show colors better. Apparently a first for Colorado.

Small dark bunting. Originally hoped for an Indigo Bunting, but the bird had a red spot on the back of it's head. Blue gray body with lighter blue head and rump. Gray bill with curved culmen, dark mask around eyes and bill, red nape with various reddish plumage on back and belly. Bird was observed foraging in small willows along water ditch behind my house. The bird's vocalizations sounded like sharp "chip" call repeated every few seconds. Unfortunately, due to the low light conditions, I didn't know what I had observed until I reviewed my photos. A later attempt to locate the bird failed.