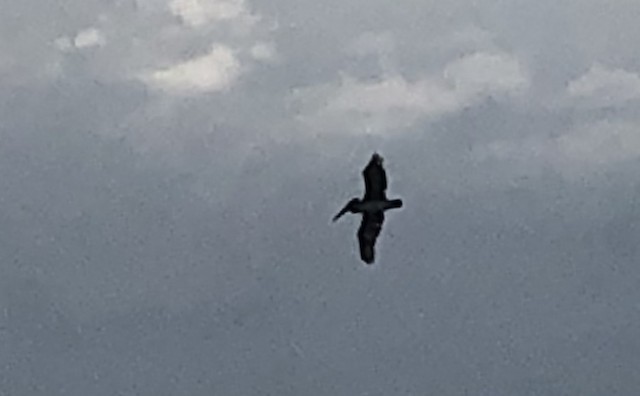 See by my son Calvin and I as we were crossing the Bay from Cuttyhunk. First spotted two large birds to the South 1/2 mile off of shore flying 50-70 feet off of the water. We were on a perfect intercepts course and sped up to intersect their path just off of the Dumpling Rocks in Dartmouth. They flew across right in front of us, less than 50 yds. Four birds encountered flying west to east just south of dumpling rocks. Unmistakable languid flight long bills seen at close range. One photo. Unfortunately only had my phone for Photos! Unmistakable species. One group of three then a single a minute later. The group of three never stopped moving North. The Fourth bird circled and came down on some feeding terns and LAGU's once then got up and headed North in the same direction of the others. All headed toward the Cape Cod Canal.