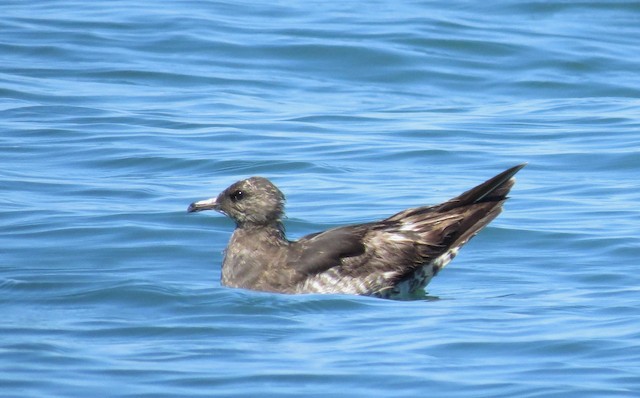 A light morph and an intermediate (dark?) morph, both seen at the same time harassing a Sandwich Tern. Photos taken of both. The darker bird, an apparent immature based on lack of extended central tail feathers, allowed us to approach closely in the boat. It may be a worn dark morph, but was lighter on the underparts (thus, possibly intermediate?); it was very worn on the wings (especially the secondary coverts). It did not appear to be molting flight feathers (unlike other jaegers seen this day), therefore presumably a first winter immature. We never got close to the lighter bird.