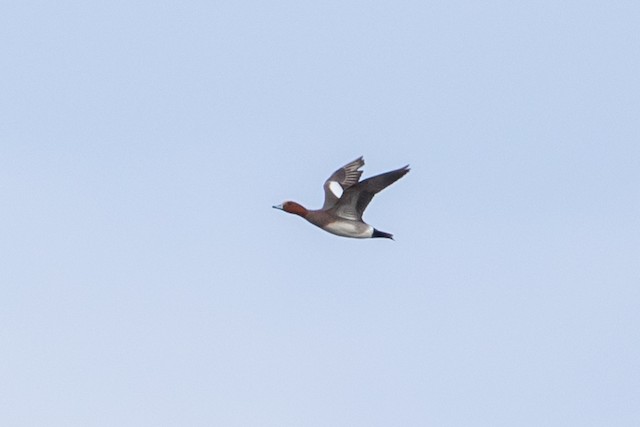 This was an apparent adult male flying with a pair of American Wigeons, its rich rufous head and yellow-buff forehead obvious compared to the other birds. The breast was a rosy or peach tinged pale brown and the flanks were gray. The belly was white, and the undertail aft was black. The upper wings had a large white patch across the coverts, and the speculum appeared to be green. The bill was light blue-gray, like the American male. The under wing showed dull whitish or pale grayish from axillars out the middle of the wing, these duller than the bright white in the same areas on the American Wigeon. The birds circled around the south end marsh off the boat ramp and landed in the marsh to the north side of the Belgrade Stream channel and western edge of the lake east of Hammond Lumber.