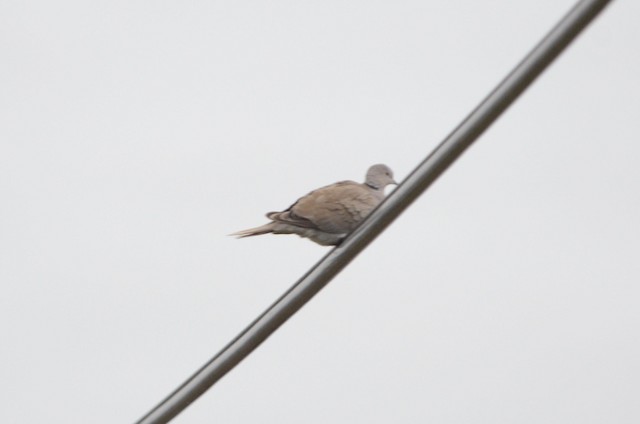 100th Avenue area between 100th Street and Antoine Drive, at 11:30 am, on a hydro line running south of the street through fields towards the old cemetery. Large dove, heavier body than Mourning, tail broad and squared off and showing white on the terminal end of the rects when it landed on the wire, body plumage plain drab brown-grey, distinct dark collar on the back of the neck. Also seen by Doug Tate. Later in the day, at 3:30 pm, seen flying down 100th Street at the Parks Canada office, and then relocated and photographed on a hydro line north of 102nd Street at approximately 5:20 pm. First record for the NWT.