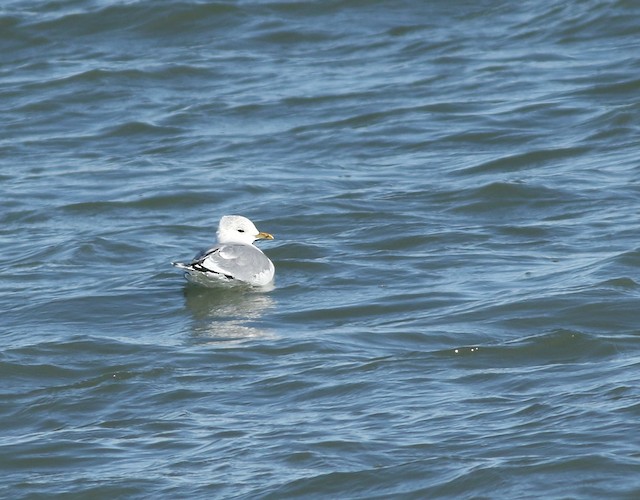 ***rare; first county. First picked up on this bird and realized what it was while driving slowly along the causeway and scanning gulls. After parking the car we ran back down to the bird where we watched for a short while before the bird lifted off the water and circled overhead for a few minutes before gliding in a direct line out of sight along the coast towards Acoaxet/RI. Small petite gull with comparatively dark mantle. Tiny rounded and lightly speckled head with small thin bill which had a limited dark brownish band. Dark reddish iris. In flight it showed large white mirrors on p10-9 and dark p8 lacking white tongue that (L. c. brachyrhynchus) show. Thin white trialing edge along the primaries getting broader in the secondaries unlike other ssp. Some other details in photos comments. *First for hotspot