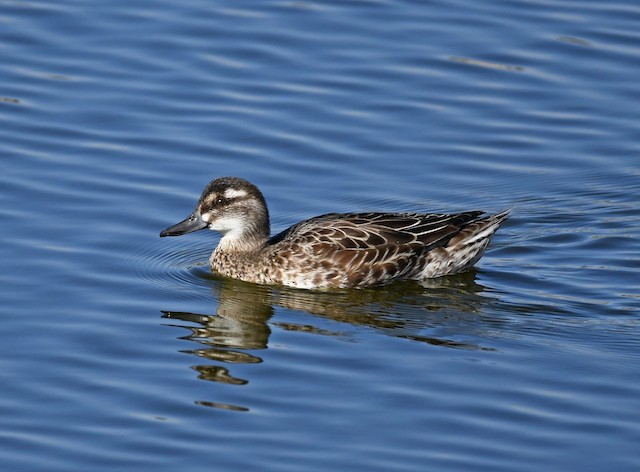 Continuing, couldn't find initially after other birds had seen it before I arrived. I mistakenly thought, when it flew by me, that it was returning to the harbor just a few minutes after 11 but it actually appeared to have come out of the tules first, as a photo I have of BWTE a few minutes before have the Garganey momentarily paddling out of that direction behind it. Subsequent photos show that it has disappeared again back towards the tules. A few minutes later, it flew by to the SW dock and paddled back and forth across the south end of the harbor until settling on the opposite bank, preening. Once head tucked, difficult to pick out of the crowd Smaller size and obvious pale supercilium and bisecting dark patch above the eye separate from Blue-winged Teal, esp in the right light. Dark crown, dark eyeline and below that another line extending across cheek, pale throat.