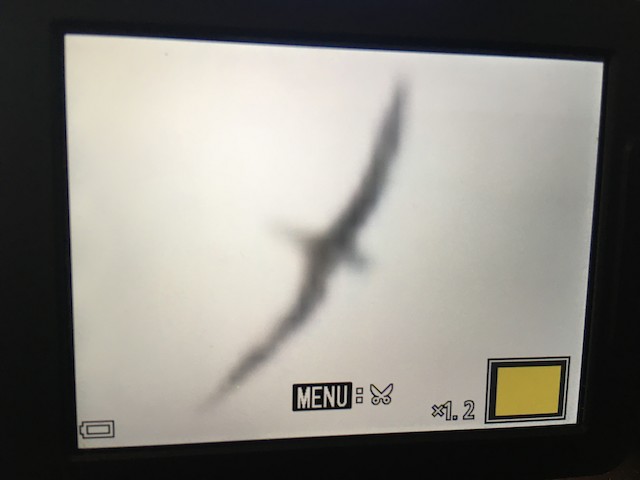 ***Very rare. Accepted by the New Zealand RAC. I initially observed one from relatively close in flight over the forest from the parking area near Lee Bay. I immediately recognized this as a swift due to the cigar-shaped body, long, angular wings, and rapid wingbeats. Several minutes later we observed at least three and potentially four over a heavily-treed ridge nearby. The birds appeared to be foraging and were within sight for at least ten minutes. Plumage was not discernable due to distance and glare, although all three appeared to be dark gray. The wings were exceptionally long and pointed, considerably more so than the White-throated Swifts I am accustomed to seeing in the U.S. The tail also appeared rather long and pointed, although it was too far to determine whether it was forked. Based on limited research, the very long wings and tail appear to suggest that these were either Pacific Swifts or Asian Palm-Swifts, with the former being considerably more likely. White-throated Needletail would appear to show larger, bulkier wings and a shorter, squared tail. Size was fairly large for swifts. The picture attached below is the unedited photo from the back of my camera. Comments welcome.