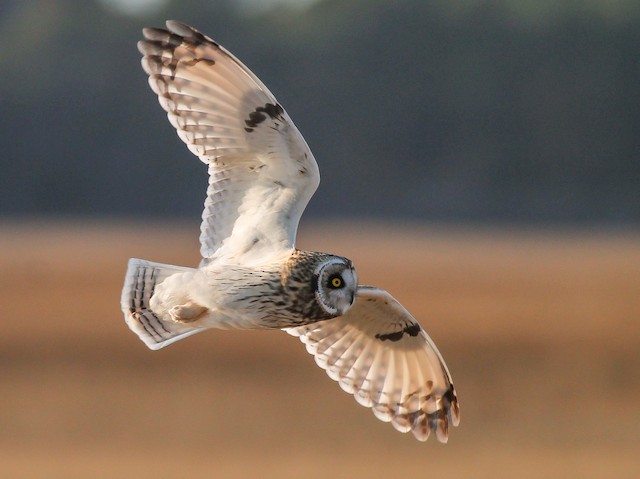 Fantastic show south of Pochet starting around 2:00PM. First seen in an aerial battle with a NOHA and PEFA. Once the PEFA saw it, its harassment behavior changed and it left the NOHA alone to pursue the SEOW. The PEFA some serious passes at the owl, at which point the owl tried to avoid the falcon by flying 1000ft or more into the air for 5min or so. On the SEOWs descent back down to the marsh, the PEFA took a teardrop dive at the SEOW at great speed (at which point we were sure the SEOW was done for). Somehow it managed to maneuver away from the PEFA's talons and made it back to the marsh. The PEFA seemed tired and headed back to Pochet, and the owl began hunting the dunes, which it did til at least 4:00PM.