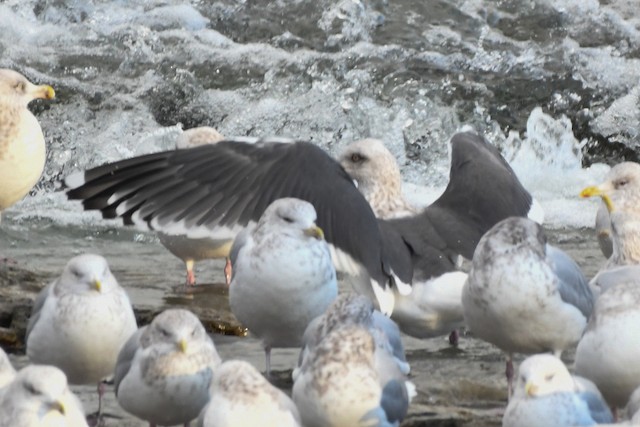 The first thing I noticed when I got on this bird was a large white tertial crescent. It was standing on a rocks and the bright pink red legs was second thing I noticed. Same size as nearby HERGS. I took turns looking at between my scope and shooting pics with camera hoping to get wings open, which I eventually did. Smudgy eye, lots of white on secondaries with wings open and closed. String of pearls, smaller than GBBG. Lighter panels than GBBG about same as LBBG. Photogs scared all the birds up and a snowstorm came in with 30 mph winds and I could not refind but didn't try much longer.