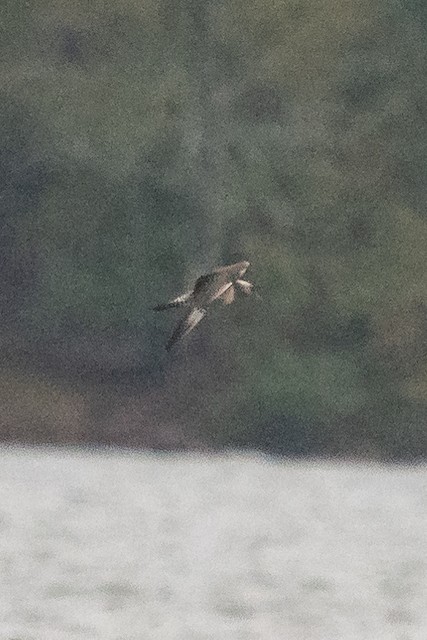 showing crisp barring on upper and under tail coverts. Fair amount of white wing flash below, but above, white in outer primaries limited to very outer wing.

Shocking find. Small Jaeger flying behind a group of Bonaparte's Gulls. I was immediately struck by the small size - only moderately larger than a BOGU! Neatly barred undertail coverts and under wings. Pale upper breast and head. Thin white shafts in outer primaries. After a quick look with binoculars, I realized the bird was not stopping and managed a only a couple of poor, distant record shots, which I will upload. Could not relocate the bird after an hour of trying.