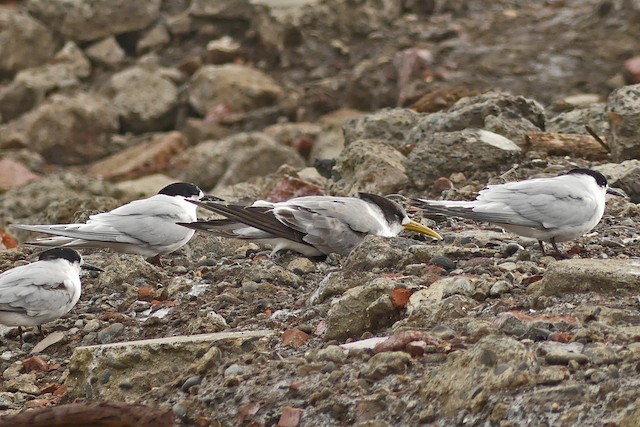 Longer in the body than nearby white-fronted terns (about 15 percent longer), but much bulkier. Most distinctive features were the large, relatively heavy, slightly downwards curved bill, blackish cap that did not go right down to base of bill (band of white feathers above the bill to lower forehead), with a distinct crest at the rear of the crown. Upperparts were grey, but slightly blotched brown, especially on primary and secondary wing covers. Primaries darker grey, giving the bird the appearance of becoming darker grey above from front to rear. Primaries also seemed to be much longer than the tail. Bird was hunkered down, with white-fronted terns, trying to shelter from gale force wind that was blowing at the time (up to 65 kph according to Met Service).