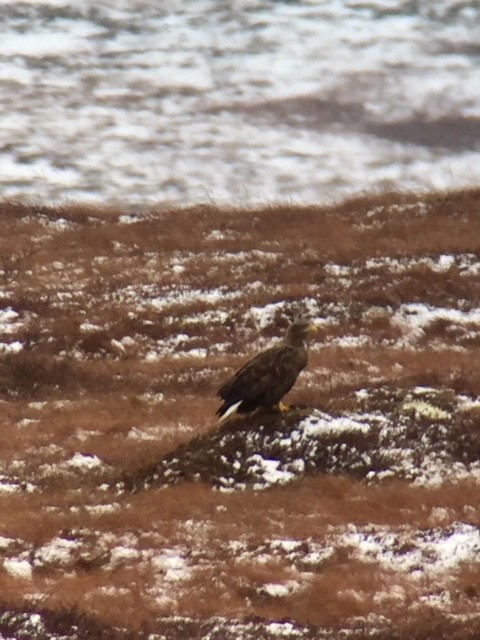 Saw a light brown eagle sitting on a hill overlooking the Solomon River. We got the binos and scope on it and it was an adult White-tailed Eagle. We watched it for a very long time and were able to get photos with a Nikon, and with scope adapter. We also have video. It flew across the river after a while and we eventually continued up the river and on the way back saw the same bird soaring. It eventually headed back towards the area where we had first spotted it but we lost sight of it as it went over a hill and we called it a day. We were able to get more photos and an even closer look as it flew right over us before going out of sight behind the hill.